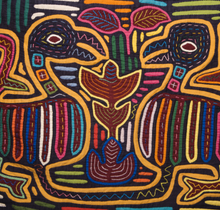 In recognition of Hispanic Heritage Month, which began on September 15 and ends on October 15, ULI San Francisco is celebrating the rich history of the Hispanic community and its culture while acknowledging and educating with respect to the struggles and experiences of different demographic groups within the community, such as women, young people, and Queer-identifying members of the community.

Join us in reading, listening, watching, and acting so we can individually and collectively create equitable, inclusive, and safe spaces for everyone.

Yara Simón is a Nicaraguan-Cuban-American journalist and author. She writes about Latinx culture and social justice issues

The terms Latino, Hispanic and Latinx are often used interchangeably to describe a group that makes up about 18 percent of the U.S. population. While it’s now common to use umbrella terms to categorize those with ties to more than 20 Latin American countries, these words haven’t always fostered a sense of community among the people they’re supposed to describe.

Teenage Latina sisters break their grandmother out of her assisted living facility for one last joyride. Edwin Alexis Gómez (writer/director) is a Queer Nicaraguan-American multidisciplinary artist. His work blends the exquisite pain & resounding beauty of love & life while interrogating what we inherit from our bloodlines. His film “Quédate Callado” won a Grand Jury Award at the 2018 Outfest Fusion Film Festival. Gómez offers “Joyride” as a testament to the lives & legacies of his foremothers. (13:23 minute watch)

To celebrate Hispanic Heritage Month, we’re sharing ten podcasts (really 11; our podcast with Lin-Manuel Miranda has two parts) that will introduce you to men and women whose personal stories and artwork reflect the Latino experience in the United States. Through their art, they have given voice to the Hispanic Diaspora, and have reshaped the landscape of American art in the process. (Time varies)

Interviewing remarkable Latinas, host Alicia Menendez chats with her guests about making it, faking it and everything in between. Along with humor, Menendez discusses the challenges of being women of color and thriving in the end with her guests. Recent episodes include “Why Pioneering Journalist Maria Hinojosa Put Herself in the Story,” “Why Gianna Nino-Tapias Embodies Labor Rights” and “How Philanthropic CEO Carmen Rojas Learned to Lead as Her Full Self.” (Time varies)

Taking listeners on a trip back to Latin origins, host Max Serjeant discusses the stories of Spanish and Portuguese America from its beginnings up until the present day. Serjeant explores colonial society, slavery and what life was like for the region’s inhabitants. Recent episodes include “Sebastian Cabot,” “Alexio Garcia” and “The First Circumnavigation of the Globe – Part 2.” (Time varies)

Thank you to Jay Sholl for organizing!

Thank You to Departing Co-Chairs

ULI SF thanks our departing Co-Chairs for their years of service and commitment to ULI’s mission and core values.