Register Yourself Register Two or More
View Event Attendees
Join us on 3/02 from 11:00 to 12:15pm PST.
As cities throughout the Bay Area prepare for their next housing allocations, this event will use the example of a Technical Assistance Panel (TAP) as an igniter for bringing new perspectives on development opportunities to a community. The recent Petaluma TAP looked at typologies that hold promise for the city to meet its housing goals while reducing risk from flooding and maximizing transit-oriented development. TAP panelists from planners to developers will share their perspectives on meeting the challenges of growth while addressing constraints.
Moderator
Karen Alschuler, Principal, Perkins&Will
Speakers
Randy Tsuda, President and CEO, Alta Housing
Tom Leader, Principal and Founder, TLS Landscape Architecture
Daniel Adams, VP Mixed Income and Affordable Housing, Sares Regis Group of Northern California
Aaron Aknin, AICP, Principal, Good City Company
Teresa Barrett, Mayor, City of Petaluma
Schedule
11:00-11:10 AM Welcome and Introductions
11:10-12:00 PM Presentations and Discussion
12:00-12:15 PM Audience Q&A
Thank you to Kara Gross and Nell Selander for organizing! Tom Leader is founder and principal of TLS Landscape Architecture in Berkeley, CA. For nearly 35 years, Tom has grounded his practice in an authentic understanding and appreciation of culture, ecology, craftsmanship and design. Sincere in his exploration of the creative process, Tom has remained on the cutting edge of design innovation, his work widely recognized for excellence. Since founding TLS in 2001, Tom has sought to create “original, tangible experiences” of place in such award-winning projects as Railroad Park in Birmingham, Alabama, and RIVERFIRST in Minneapolis, Minnesota, and through his provocative site works and art installations. A former partner at Peter Walker + Partners, Tom received a BA in landscape architecture from UC Berkeley and MLA from Harvard University Graduate School of Design. He received the Rome Prize in Landscape Architecture at the American Academy in Rome in 1998/99 and was a finalist for the Smithsonian National Design Award in 2011. The work of TLS has been featured in various museum exhibitions including “Shanghai Carpet”, in MoMA New York’s 2007 “Groundswell”, concerning international landscape design. Tom lectures widely and the work of TLS is published frequently. Tom serves the Bay Area community as a member of the Bay Conservation and Development Commission Design Review Board as well as the City of Richmond Design Review Board. A Richmond resident, Tom leads the firm’s pro bono planning work for the future of the 35 mile Richmond shoreline looking at the intersection of sea level rise and seismic stability planning. This year he was elected to the College of Fellows of the ASLA.
View in Member Directory Will open in a new window 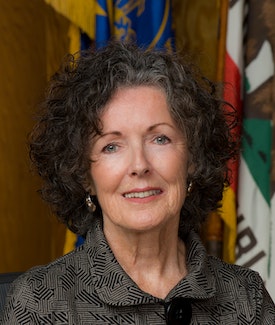 Teresa Barett has been an active community member in Petaluma since moving here in 1979 to raise her two sons. Her community involvement initially focused around gardening and in the schools her sons attended. In the late 1990s, after training to be a Master Gardener, she was inspired to serve on the Petaluma Tree Advisory Committee. In 1999 she applied for the Petaluma Planning Commission, where she served on both the Planning Commission and the now dissolved Site Plan and Architectural Review Committee for more than six years. In 2006 she launched her first campaign for Petaluma City Council with a focus that has continued since then: Listen to our residents. Do what is best for the people and neighborhoods of Petaluma. Keep the long-term impacts of today’s decisions in mind at all times. She served three consecutive terms on the City Council during which time she represented Petaluma and Sonoma County on the Bay Area Air Quality Management District, Local Agency Formation District of Sonoma County, Zone 2A, and Library Advisory Board. In 2018 she ran for and was elected to the office of Mayor of the City of Petaluma. In addition to her elected duties, she is a member of and/or active in numerous local, regional and international organizations.
View in Member Directory Will open in a new window Aaron Aknin, AICP, is a Principal and Co-Owner of Good City Company. He has nearly two decades of Bay Area municipal experience, including serving in an executive capacity for several different Peninsula cities. He is a member of the American Institute of Certified Planners (AICP) and the American Planning Association. Aaron has frequently spoken at regional events, as well as served on panels at national conferences on topics related to development, downtown planning, transportation, parking, affordable housing, and related issues. Most recently, Aaron was the Assistant City Manager and Community Development Director with the City of Redwood City. In this capacity, he oversaw a 70+ member department, which included the Planning, Housing, Engineering, Transportation, Front Counter Services, and Code Enforcement divisions. As the Assistant City Manager, he led key Citywide initiatives and also served as Interim City Manager in 2015. Aaron was in Redwood City during a time of unprecedented growth and community involvement (2014-2019). During his half-decade with the City, the City reviewed and processed over 4,000 new housing units, as well as several million square feet of office space. In addition, Aaron oversaw the implementation of the Redwood City Downtown Precise Plan, including several key amendments to the plan. Aaron helped shape a first of its kind community benefits program (“Partnership Redwood City”), adoption of several key affordable housing initiatives including an inclusionary housing ordinance, an Airbnb affordable housing tax and renter protections, and the adoption the Citywide Transportation Plan. Aaron was also deeply involved in economic development issues and served on the Redwood City Community Improvement Association (RCIA) Board. Aaron continues to serve on the RCIA Board and was recently appointed to the Chamber of Commerce Board of Directors. Finally, one of Aaron’s key focuses in Redwood City was improving the process, both for residents participating in policy making, as well as applicants, business owners and developers who chose to invest in the City. Prior to coming to Redwood City, Aaron was with the City of Palo Alto in 2012-2014. He served as both the Assistant and Interim Director of Planning and Community Environment. In this capacity, he led the Planning and Transportation Divisions within the City. Key projects included the formation of the first Downtown Residential Permit Program (RPP), leading the downtown development cap process, providing direction related to the Comprehensive Plan (General Plan), being the Planning Commission liaison, and overseeing several Stanford related developments. During his time in Palo Alto, Aaron focused much of his efforts on transparency by increasing the amount of available (and understandable) public information and building a connection within the community. Aaron “grew up” as a local government professional within the City of San Bruno. He began his career in San Bruno in 2002 as an Assistant Planner, and left in 2012, after spending the last 5 years as the Community Development Director. As Community Development Director, he was in charge of the Planning, Building, and the Code Enforcement divisions in the City. He also staffed the Planning Commission and managed their agendas. During his time in San Bruno, the Shops at Tanforan mall was renovated for the first time in generations, and over 1,500 residential units were constructed citywide. This included over 1,000 units at “The Crossing” (former Navy Base) which included 315 affordable units. During Aaron’s tenure as Director, the first General Plan in 25 years was adopted, and the draft Transit Corridor Plan was released. Most importantly, Aaron served as the Plan Section Chief during the PG&E Pipeline Explosion and worked closely with property owners during the immediate aftermath and in the months and years following the disaster. ​Aaron grew up in the Peninsula, spent much of his adult life in San Francisco, and moved back to San Carlos in 2012. He lives there with his wife Cindy, and two kids.
View in Member Directory Will open in a new window 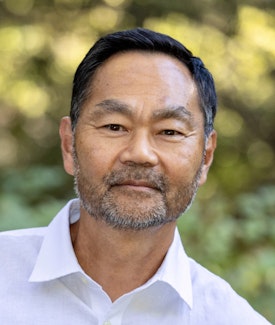 Randy joined Alta Housing (previously named Palo Alto Housing) in 2018. He is responsible for the overall strategic leadership of the organization, including real estate development, property management, resident services, Below Market Rate housing program administration, and management of approximately 45 team members. He focuses on development, land use, community outreach, and housing advocacy. His 30-year career includes experience in the non-profit, private, and public sectors, and spans real estate, city planning, affordable housing, and economic development. Before Alta Housing, Randy served as the Director of Community Development for the City of Mountain View for over ten years, the Director of Corporate Real Estate for a technology company, and Assistant Community Development Director for the Town of Los Gatos. He has worked on numerous projects that received awards from the American Planning Association and the American Society of Landscape Architects. In May 2018, his department received the “Bringing It Home” award from SV@Home, a policy and advocacy organization focused on increasing affordable housing in Silicon Valley. He currently serves on the Board of Directors of the Non-Profit Housing Association of Northern California. Randy also was a lecturer for seven years in the Urban and Regional Planning Program at San Jose State University.
View in Member Directory Will open in a new window 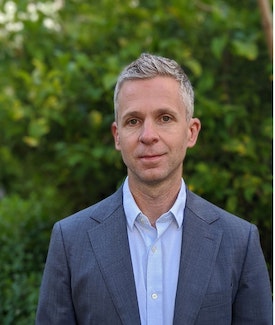 Daniel Adams is Vice President for Mixed Income and Affordable Housing at the Sares Regis Group of Northern California, where he spearheads the organization’s efforts to expand its housing solutions and services to include housing at all income levels. Prior to joining Sares Regis, Daniel served as the Acting Director and Deputy Director for Housing at the San Francisco Mayor’s Office of Housing and Community Development, managing the City’s 11,000 new construction pipeline and implementing the City’s affordable housing programs and policies. A licensed architect, Daniel has served as a Development Director and Project Manager at BRIDGE Housing in San Francisco, MidPen Housing in Foster City, and Resources for Community Development in Berkeley. Daniel holds a Master of Architecture Degree from the University of California, Berkeley, and a Bachelor of Arts from the University of Texas at Austin.
View in Member Directory Will open in a new window Karen Alschuler is a Principal of Perkins+Will and serves as the Global Leader for Urban Design, with 90 people working in urban design and landscape architecture across a dozen of Perkins+Will’s offices. P+W’s rapidly growing international practice has brought Asia, Central America, Brazil and the Middle East into the portfolio along with innovative leadership long-recognized across North America.

Under her leadership, Perkins+Will’s designers work in places of magnificent urban opportunity that demand creativity in tackling growth, transformation, leadership challenges and community passions. They blaze their way toward carbon zero development strategies, new zoning approaches and real sustainability [in density, energy, ecology and society]. They steward well-loved places amidst districts of change and foster design excellence in all aspects of city-building.

She is an active contributing member of the Urban Land Institute, serves on design review boards, and is a frequent speaker. Alschuler is the inventor of the much touted “planning game”, inviting informed substantive involvement by communities and clients. Prior to joining SMWM/Perkins+Will in 1992, Alschuler led planning teams at Skidmore, Owings & Merrill in Boston and New York and received degrees from Brown and UC Berkeley.

In 2004 Alschuler was elected Fellow of the American Institute of Certified Planners [FAICP]. San Francisco Magazine calls Alschuler “an urban visionary who is designing the shape of the city to come”.
View in Member Directory Will open in a new window

ULI San Francisco: Power Move - What You Need to Know about Building Electrification

ULI San Francisco and Netherlands YLG: The Future of the CBD