A complimentary copy of Making It In Real Estate - Second Edition is included with your registration!
Please note refunds are not available for this event.
Register Yourself Register Two or More
View Event Attendees
Making it in Real Estate (Second Edition) explores the ins and outs of what it takes to be successful as a developer (or at least how to avoid the first-degree burns of inexperience) whether you are a rising rookie, mid-level manager, or experienced executive.
Author and real estate developer John McNellis expands on his development journey with added content, humor, and life lessons in his latest edition of the book. An attorney by trade, McNellis made his foray into real estate at the early age of twenty-eight and shortly thereafter formed McNellis Partners. His development career spans across 35 years and stretches 46 chapters in his new book, which he is excited to discuss with the ULI community.
Attendees are encouraged to read his book prior to the event. The interactive discussion will highlight aspects of John’s life, development projects, and anything the audience is keen on learning.
Your registration includes a e-book or hardcopy of Making it in Real Estate (Second Edition). Please note that the shipping fee is not included if you opt for a hardcopy.
Speakers
Hafsa Burt, President, hb+a Architects (Moderator/Interviewer)
John McNellis, Founder, McNellis Partners Hafsa Burt has been practicing architecture for 21 years. With Undergrad and masters from SCAD, her portfolio includes work at the San Francisco Airport, institutional buildings, multifamily buildings, hospitality, retail, medical office buildings, and custom single-family homes. She also founded a development arm for the firm called Box Lab which is focused on active research and development in product and space design and zero energy/zero carbon buildings. Burt has been awarded the title of ENR’s 20 Under 40 Construction Professionals in California and the American Institute of Architects' coveted Young Architects' Honor Award.
View in Member Directory Will open in a new window 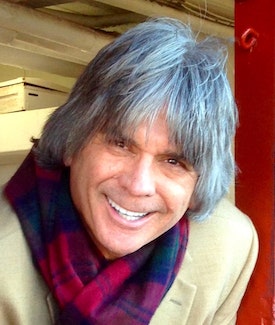 A graduate of the University of California at Berkeley and Hastings College of The Law, John practiced law until he co-founded McNellis Partners, a Northern California based shopping center development firm in 1982.

A frequent lecturer and writer, John regularly gives presentations to the ULI, other industry groups and real estate schools throughout the country. He also writes a monthly real estate column for the Registry magazine and is the author of “Making it in Real Estate: Starting out as a Developer”, a critically-acclaimed book that sets out the basics of real estate development in a straightforward and amusing way.

John and his wife, Michele, have been together nearly forty years and live in Atherton, Ca.
View in Member Directory Will open in a new window