ULI San Francisco’s popular Boardroom After Dark dinner series continues into its fifth season!  We invite you to engage with some of the most dynamic real estate and land use leaders who are making things happen in the San Francisco Bay Area. Join these leaders for a virtual dinner with only eleven other land use professionals. This event is open to both men and women!

Dinners start at 5:30 p.m. and are held virtually via Zoom.  This season’s dinners are scheduled for:

Attendance at the Boardroom After Dark dinner events is extremely limited. Due to the limited capacity of this program, refunds are not available and priority registration goes to ULI members.

Jaclyn Safier is CEO of Prometheus Real Estate Group, Inc. Prometheus is the largest private owner of multifamily properties in the San Francisco Bay Area, with a growing portfolio of more than 13,000 metropolitan-area apartments in the Bay Area, Seattle, and Portland regions. Prometheus has garnered more than 75 design, civic, and community awards in its 50+ year history. The firm has more than 500 employees.

Ms. Safier is also President of the Helen Diller Family Foundation, whose grants support programs at UC Berkeley, UCSF and other institutions in the Bay Area and throughout the world. Grants include the UCSF Comprehensive Cancer Center, the UCSF Helen Diller Medical Center at Parnassus Heights, the playgrounds at Civic Center, Dolores Park and Julius Kahn Park in San Francisco, and the Diller Teen Fellows Program, an international initiative to promote teen leadership through community service, ethics, and identity-building.

Prior to joining Related California, Ms. Silverberg was Executive Vice President and Chief Investment Officer at BRIDGE Housing Corporation where she was responsible for directing and overseeing their Northern California Division. She led the development and redevelopment of more than 8,000 affordable, mixed-income, mixed-use and transit-oriented housing units, including the acquisition and redevelopment of nearly 1,000 public housing units in San Francisco and Sacramento, the joint venture development of mixed-income residential units with Essex in the Transbay area of San Francisco, and 306 mixed-income residential units in Milpitas.  She was also responsible for the capital aggregation and equity and debt for their Low Income Housing Tax Credit (LIHTC) and non-LIHTC developments and has overseen the negotiation and placement of over $2 billion in project level debt and equity.  Ms. Silverberg brings more than 25 years of development and finance experience to Related. 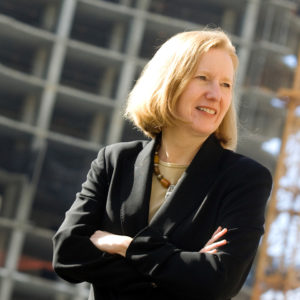 Libby has worked for cities in every part of the Bay Area and advised on numerous major infill development projects including San Francisco’s Transbay Transit District, Mission Bay, Mission Rock, and Hunters Point Shipyard, as well as South San Francisco’s Oyster Point, Mountain View’s North Bayshore and Novato’s Hamilton Field. Prior to moving to the Bay Area, she served as the founding Executive Director of Tent City Corporation, the non-profit developer of a ULI award-winning 269-unit mixed income housing development in downtown Boston.

Since then, Libby has prepared successful strategies to catalyze mixed income housing communities and build more than 10,000 affordable housing units in the Bay Area. She actively promotes best practices in urban development and housing through her volunteer efforts with the Urban Land Institute, where she sits on the executive board of the ULI SF District Council and serves as co-chair of ULI SF’s Housing the Bay steering committee. Libby is also a faculty member of the UC Berkeley Masters in Real Estate Development and Design program, and she was honored for her positive influence on real estate development, joining the Hall of Fame for the Northern California Women of Influence in Real Estate.

Libby received her Master in City Planning and Bachelor of Science from MIT’s Department of Urban Studies and Planning and has been appointed to numerous leadership positions with the MIT Alumni Association. 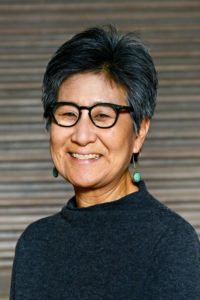 Diane Oshima is the Deputy Director of Planning & Environment for the Port of San Francisco. She began her career with the Port in 1998.

Diane and her team is responsible for managing land use planning and policy for Port facilities that support ten maritime industries and a diverse mix of industrial, commercial, recreational and public activities which together have created a vibrant urban waterfront. Her team has expertise in historic preservation, environmental protection and sustainability, waterfront urban design and open space planning, implementation and regulatory compliance. She oversees 20 employees.

Before joining the Port of San Francisco, Diane worked for the San Francisco Planning Department for 17 years and oversaw many development, area plan and policy projects, that involved multiple City and public agencies. She has devoted her career to urban planning in San Francisco and enjoys collaborating with community stakeholders and government partners to achieve great things for San Francisco and its spectacular waterfront. She has a Bachelor of Arts degree in Environmental Studies from the University of California, Santa Barbara.