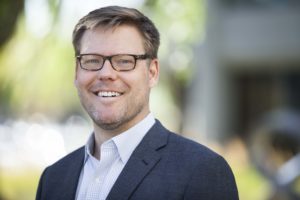 As Chief Investment Officer, Development Properties at Sares Regis Group of Northern California (SRGNC), Hudacek has been a leader in promoting infill development in the Bay Area for 20 years. He heads up the investment committee at SRGNC, whose infill strategy has helped the company develop a reputation for turning complicated and passed-over sites into successful infill developments, redeveloping obsolete and underutilized real estate into housing, office, and mixed-use projects that benefit the surrounding communities.

Under Hudacek’s leadership, SRGNC has completed or is delivering 1,500 residences since the Great Recession, with approximately 2,500 in pre-development. Recently completed projects include The Pierce in San Jose (232 units), 1101 West in Mountain View (52 units), and Colonnade in Los Altos (167 units). Projects currently delivering include Aperture in San Bruno (83 units), The Ashton in Belmont (74 units), Cadence in South San Francisco (260 units), and Downtown Sunnyvale, a massive, multi-phase, mixed-use redevelopment of a 36-acre area in the heart the city.

Michelle Malanca Frey, Executive Director of ULI San Francisco, said, “Drew will have a tall order in following Kim Diamond, but we are confident he is up to the challenge. Our region is not without some great challenges with respect to housing and land use, but our District Council of over 2,200 members is working well and poised to host ULI’s biggest forum—the ULI Fall Meeting—in just over a year. Drew is an active speaker and an advocate for smart growth and urban infill development within the industry and his career accomplishments show that he is a dynamic leader who can bring together the private and public sectors. His passion for education and research as well as his leadership in the industry make him a great choice to lead our District Council.”

“It will be an honor to serve as Chair of ULI San Francisco and help the organization facilitate resilient, successful development throughout the Bay Area to meet the business and housing needs of our region,” said Hudacek. “I look forward to fostering robust communications between all stakeholders in the development industry.”

We're excited to announce that Chinar Starck has been selected for the 2019 WLI Prologis Fall Meeting Achievement Award!